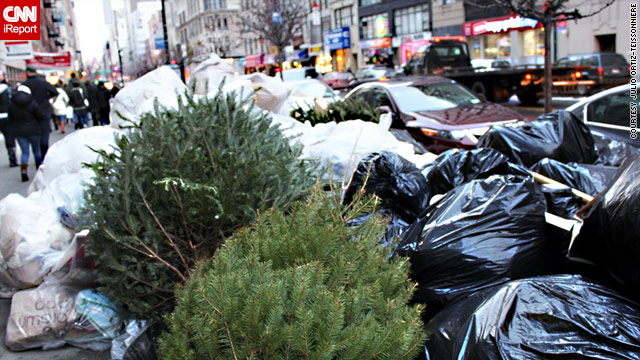 Many New York residents have been piling criticism on city officials over heaps of snow and uncollected garbage lining streets after last week's blizzard. But trash bags left on one curbside may have saved a man's life, police said.

The garbage apparently broke the fall of a man who attempted suicide by jumping from the ninth floor of a building in midtown Manhattan Sunday, the New York Police Department said.

Police did not release the name of the man, who was still in critical condition late Sunday.

They have said limited trash collection around the city will resume Monday, and that trucks began making garbage pickups at large apartment buildings Sunday.