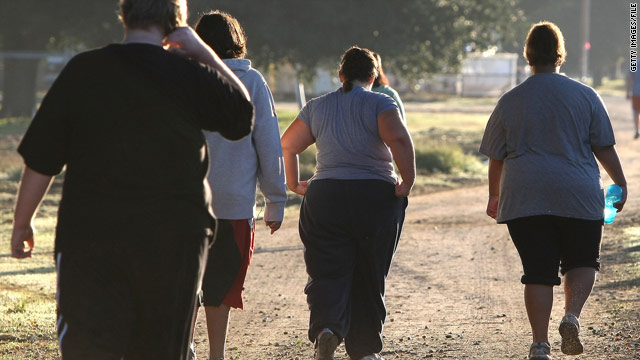 Is the childhood obesity epidemic in the U.S. a threat to national security?

CNN Radio's Jim Roope talked with Monroe and an Army recruiter to examine the issue. Monroe, with the group Mission: Readiness, released a study saying the obesity rate among children and teens - one in three according to the CDC - is a threat.

"The military found that one in four recruits are not eligible because of weight," he said.

"And not everyone wants to be in the military, and when you reduce it by 25 percent, it's a real problem," Monroe said.

Sgt. 1st Class Jason Montano, an active-duty recruiter with the Army, says he wouldn't go as far as calling childhood obesity a threat to national security, but it is a challenge.

"As recruiters trying to recruit America's force, we have a lot of our kids this day and age that are obese," Montano said.

He says the military does have a program to get obese and overweight kids Army-ready.

A victim's remains were found more than 40 years ago in the crawl space of infamous serial killer John Wayne Gacy's‚Ätwitter.com/i/web/status/1‚Ä¶wH
cnni

6:00 pm ET October 25, 2021 RETWEET
A cyclist lived to tell his tale after a run-in with a bear while riding alone in Cantwell, Alaska cnn.it/3GpyVQq
cnni

5:42 pm ET October 25, 2021 RETWEET
The Indri indri, a species of lemur in Madagascar, is one of a few animal species with rhythm, according to a new s‚Ätwitter.com/i/web/status/1‚Ä¶Sx
cnni

5:26 pm ET October 25, 2021 RETWEET
The assistant director on the movie ‚ÄúRust,‚Äù who handed a prop gun to Alec Baldwin before the fatal shooting last twitter.com/i/web/status/1‚Ä¶Ra0ZiH
cnni