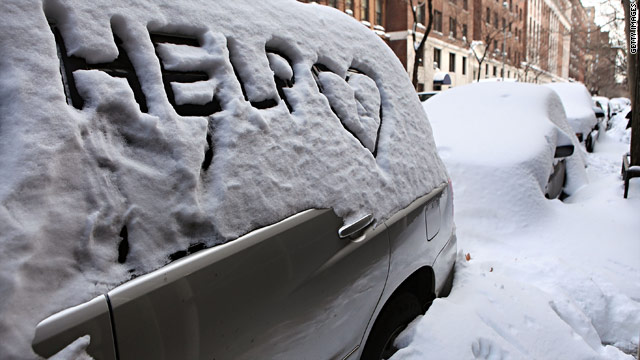 The New York City Department of Sanitation has drawn sharp criticism since last week's storm, which blanketed much of the Northeast. Rumors have swirled that supervisors ordered rank-and-file workers to slow down cleanup efforts in retaliation for the city's belt-tightening measures.

The crisis stems from Gbagbo's refusal to step down as president after an election which international observers say he lost. As the stalemate, which is rooted in years of conflict, continues, we take a look at what's at stake in this Ivory Coast crisis.

Steele will be in the hot seat Monday when he faces, for the first time, the candidates seeking to replace him atop the cash-strapped party organization. But Monday's debate at the National Press Club will also be a key hurdle for the man widely regarded as the frontrunner in the race: Wisconsin GOP Chairman Reince Priebus.

That Favre rumor - NFL legend Brett Favre looks to have played the final game of his record-breaking career. The injured star quarterback sat it out as his current team, the Minnesota Vikings, were beaten 20-13 by Detroit to end their poor season. Favre then gave every indication that he was retiring for the third time.

"It's been a wonderful experience for me," he told the official NFL website.

The 41-year-old knows there will be doubters, since he made the same announcement in 2008 and 2009 before negotiating lucrative multi-million dollar contracts to play further seasons in the NFL.