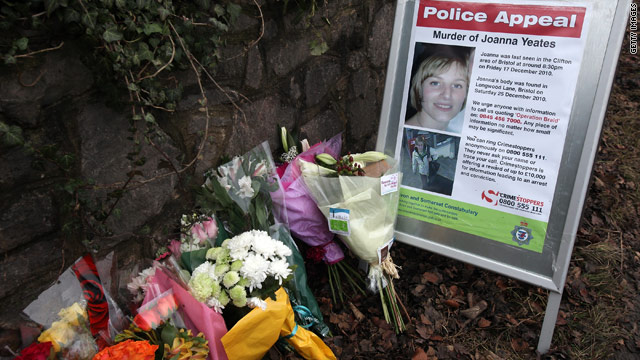 A murderer is at large in England, police warned in connection with a case that has gripped the country for more than two weeks.

Joanna Yeates, 25, disappeared on December 17 in the city of Bristol in western England. Her body was found on Christmas Day by a couple walking their dogs a few miles from where she lived, police said.

Her parents said the discovery of the body was a relief, but the confirmation she had been murdered "only intensified our grief."

"All of a sudden, I decided I would like to have one. And if I could, a frog. Because I like frogs." A 103-year-olâ€twitter.com/i/web/status/1â€¦Hl
cnni