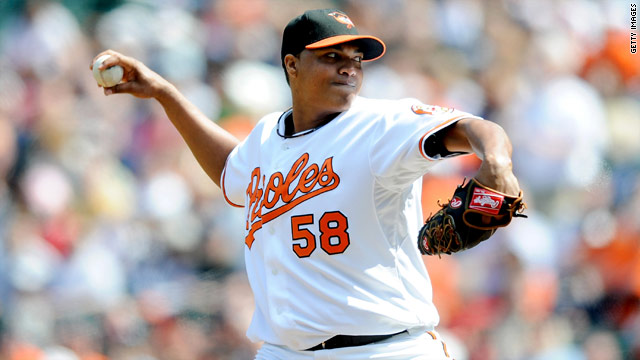 Police spokesman Maximo Baez said the major leaguer turned in his gun as part of the investigation into the shooting in the Los Salados section of the town Luperon, Puerto Plata, early Saturday.

Simon is scheduled to appear at the courthouse in Puerto Plata for arraignment Monday, the official said.

[Posted at 4:18 a.m.] Authorities in the Dominican Republic say a Baltimore Orioles pitcher was involved in the shooting death of a 25-year-old man.

Simon, 29, hails from Santiago, Dominican Republic. He joined the Orioles in 2008.

A Baltimore Orioles team spokesman could not be reached for comment early Monday.