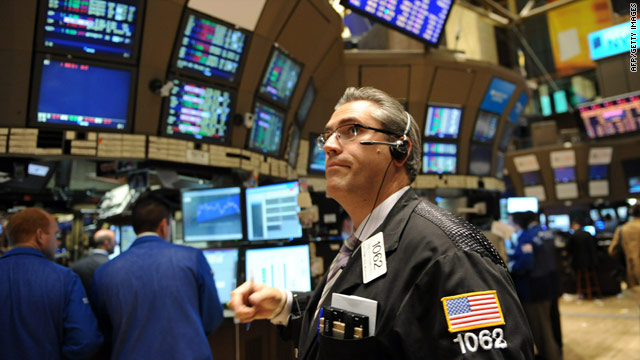 Some highlights of the day's business news:

The Dow closed at a fresh two-year high Monday, getting the new year off to a strong start, after manufacturing and construction data stoked optimism about the economy.

Bank of America was the biggest gainer on the blue-chip index, leading financial shares higher. Its shares surged more than 6% after the bank announced a $3 billion mortgage settlement with Fannie Mae and Freddie Mac earlier in the day.

While the economy has a long road to recovery, investors are bullish about the month ahead.

"Over the long term, January has usually been a strong month for stock performance, although the last two Januarys have been terrible," said Jack Ablin, chief investment officer with Harris Private Bank in Chicago. "This is one January where I'm hopeful we're back to our historical pattern again."

The number of Americans filing for bankruptcy in 2010 ticked up 9% over the previous year to more than 1.53 million, industry groups said Monday.

The number of consumers filing for bankruptcy has increased each year since 2005, when bankruptcy laws were revamped, according to the American Bankruptcy Institute and the National Bankruptcy Research Center.

The 2010 figure far outpaces the 1,407,788 total consumer filings that were recorded during 2009, a trend that the American Bankruptcy Institute attributes to high debt and a stagnant economy.

It may be a new year, but U.S. Treasury prices are picking up right where they left off in 2010 - lower.

As stocks jumped Monday, the price on the benchmark U.S. Treasury 10-year note fell - pushing the yield up to 3.35%, from 3.30% late Friday. Bond prices and yields move in opposite directions.

Prices trended sharply lower during the second half of 2010, as the economy showed signs of improvement and stocks gained momentum.

Stocks and bonds tend to move in opposite direction. When investors feel more confident about the economy, they are more willing to shift into riskier, and higher yielding, assets.

Scientists have developed a light-reflecting "ultra-white" paint, which they say could negate the need for air condâ€twitter.com/i/web/status/1â€¦Ok
cnni