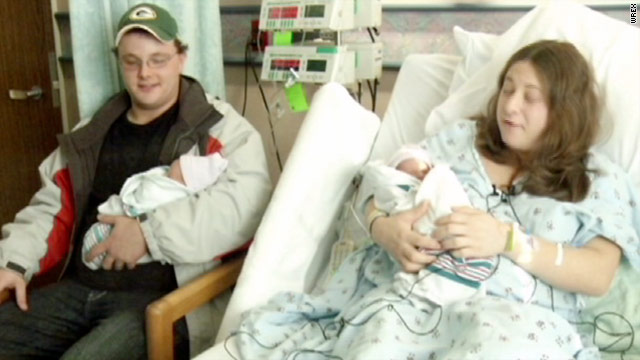 If Madisen Carin Lewis ever starts teasing her twin brother by claiming to be a calendar year older than him, the boy will have his parents and his mother's doctor to blame.

The twins were intentionally delivered on different sides of the 2010/2011 divide by cesarean section in a Rockford, Illinois, hospital after a complication led a doctor to determine they needed to be born a month early, CNN affiliate WREX reported.

Madisen was born with one minute left in 2010 on Friday night, and her brother, Aiden Everette Lewis, was delivered seconds after midnight.

Their due date was January 28, but a doctor recommended an early C-section because of the complication, WREX reported. That gave the parents, Ashley Fansler and Brandon Lewis, the opportunity to choose to deliver the babies in different years.

"[The doctor] said, 'You know, if we wanted to deliver one this year and then one next year, we could do that if … everything is open," Brandon Lewis told WREX. "We decided to do it that way, and everything worked out."