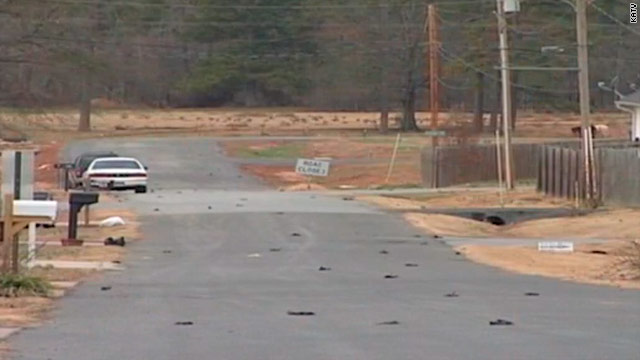 â€śSince it only involved a flock of blackbirds and only involved them falling out of the sky it is unlikely they were poisoned, but a necropsy is the only way to determine if the birds died from trauma or toxin,â€ť she said in a commission press release.

Smoke from wildfires impacts far more people east of the Rocky Mountains than in the West, where most large fires iâ€twitter.com/i/web/status/1â€¦GP
CNNweather

6:07 pm ET October 21, 2021 RETWEET
JUST IN: The FBI has confirmed that remains found in a Florida nature reserve are those of Brian Laundrie, the fianâ€twitter.com/i/web/status/1â€¦F8
cnni

5:52 pm ET October 21, 2021 RETWEET
Vaccine advisers to the US Centers for Disease Control and Prevention have voted to recommend booster doses of theâ€twitter.com/i/web/status/1â€¦QR
cnni

5:43 pm ET October 21, 2021 RETWEET
Skeletal remains found during the search for Brian Laundrie at the Carlton Reserve on Wednesday are of a human, polâ€twitter.com/i/web/status/1â€¦rQ
cnni