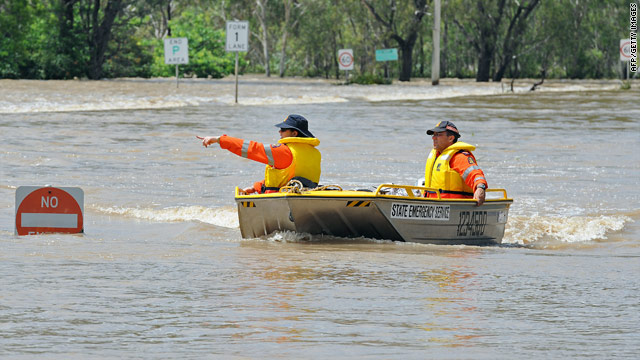 More evacuations were underway in the flood-ravaged Australian state of Queensland on Tuesday as waters continued to rise.

Relief teams continued rushing supplies into the eastern city of Rockhampton. In some of the state's more rural areas, farmers said they were scrambling to send tons of crops out before waters damaged them and flooding made their transport impossible.

Police said 10 people have died as a result of flooding since November 30 - many of them swept away by swift waters. An area the size of France and Germany combined has been affected.

US President Joe Biden is set to get his Covid-19 booster shot on Monday afternoon, according to the White House. cnn.it/39FzXsb
cnni

11:21 am ET September 27, 2021 RETWEET
Japan's Princess Mako is set to forego a one-off million-dollar payment for giving up her royal status to wed a colŌĆtwitter.com/i/web/status/1ŌĆ”SA
cnni

11:00 am ET September 27, 2021 RETWEET
Anthony Joshua's stunning defeat to Ukraine's Oleksandr Usyk means there is unlikely to be a world heavyweight unifŌĆtwitter.com/i/web/status/1ŌĆ”L5
cnni