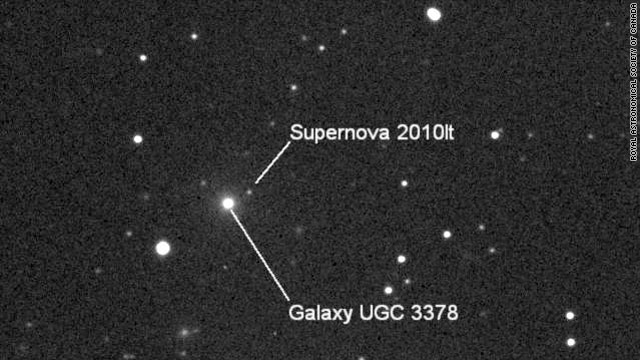 Kathryn Aurora Gray of Fredericton, New Brunswick, spotted the exploding star, dubbed supernova 2010lt, on Monday from an image taken on New Year’s Eve by a telescope belonging to amateur astronomer David Lane in Stillwater Lake, Nova Scotia. The exploding star is in the galaxy UGC 3378 in the constellation of Camelopardalis.

He shares credit for the find – his seventh – with Lane – his fourth, according to the RASC. The find was verified by amateur astronomers in Illinois and Arizona, the society said in a press release.

“Kathryn pointed to the screen and said: ‘Is this one?’ I said yup, that looks pretty good,” Paul Gray told the Star.