Biden announces the return of seven Americans, including five of the six oil execs known as the "CITGO 6," who hadâ€twitter.com/i/web/status/1â€¦xL

The bodies of 22 civilians, including 10 children, were found following Russian shelling on a convoy of cars near tâ€twitter.com/i/web/status/1â€¦nR

Russian troops pull out of key strategic city of Lyman after being surrounded by Ukrainian forces, Russia's defenseâ€twitter.com/i/web/status/1â€¦cz 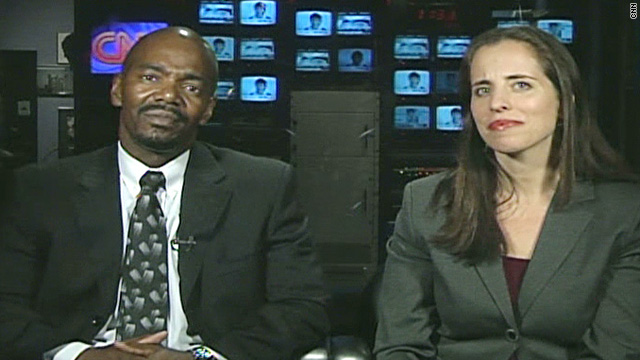 "Cornelius Dupree spent the prime of his life behind bars because of mistaken identification that probably would have been avoided if the best practices now used in Dallas had been employed,â€ť Barry Scheck, co-director of the Innocence Project, said in a press release. "Let us never forget that, as in the heartbreaking case of Cornelius Dupree, a staggering 75% of wrongful convictions of people later cleared by DNA evidence resulted from misidentifications.â€ť

Dupree was paroled six months ago after DNA tests results came back. HeÂ was declared innocent on Monday, the Innocence Project said.

Dupree was accused of being one of two men who forced a 26-year-old woman and another male into a car at gunpoint in 1979, forcing them to drive the car and robbing them in the process, according to court documents.Â The two men also were accused of raping the female, court documents said. But, prosecutors did not pursue rape charges in the case because it would not result in additional jail time, according to the Innocence Project.

â€śMistaken identification has always plagued the criminal justice system, but great strides have been made in the last three decades to understand the problem and come up with fixes like those being considered by the state Legislature that help minimize wrongful convictions,â€ť Morrison said in a press release. â€śWe hope state lawmakers take note of the terrible miscarriage of justice suffered by Cornelius. When the wrong person is convicted of a crime, the real perpetrator goes free, harming everyone.â€ť

9:08 pm ET October 1, 2022 RETWEET
Biden announces the return of seven Americans, including five of the six oil execs known as the "CITGO 6," who hadâ€twitter.com/i/web/status/1â€¦xL
cnnbrk

3:12 pm ET October 1, 2022 RETWEET
The bodies of 22 civilians, including 10 children, were found following Russian shelling on a convoy of cars near tâ€twitter.com/i/web/status/1â€¦nR
cnnbrk

11:18 am ET October 1, 2022 RETWEET
Russian troops pull out of key strategic city of Lyman after being surrounded by Ukrainian forces, Russia's defenseâ€twitter.com/i/web/status/1â€¦cz
cnnbrk

10:49 am ET October 1, 2022 RETWEET
Dow ends the month down nearly 9%, its worst monthly drop since March 2020, when pandemic lockdowns started in theâ€twitter.com/i/web/status/1â€¦CT
cnnbrk