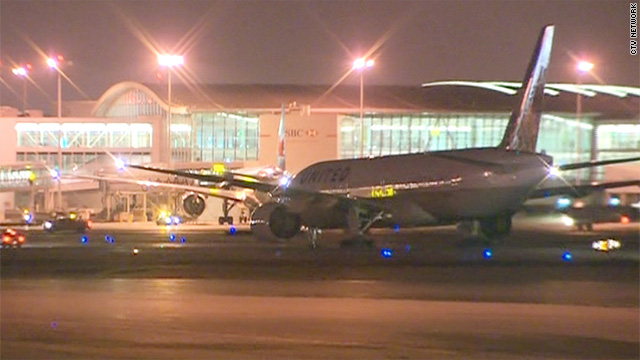 The United Airlines plane sits on the runway at the airport in Toronto.
January 5th, 2011
01:19 AM ET

Don't underestimate the power of a spilled cup of coffee.

A United Airlines flight from Chicago to Frankfurt, Germany, was diverted to Toronto this week after the pilot dumped a cup of coffee on the plane's communication's equipment. The unwanted liquid triggered a series of emergency codes, including one for a hijacking, according to Transport Canada, the agency that regulates transportation in Canada.