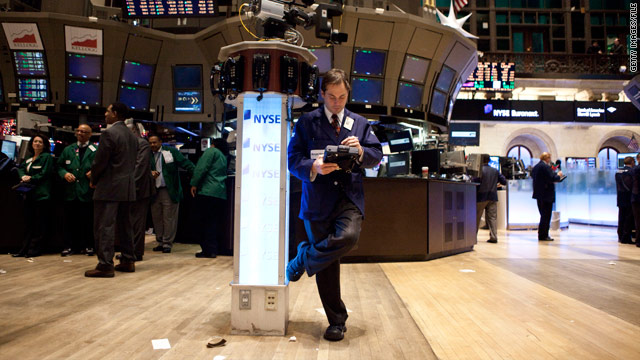 U.S. stocks climbed Wednesday, with the Dow posting a fresh two-year high for the third day in a row, as investors started to position themselves for the new year.

"The past year was pretty good and it seems to me that in the new part of the new year, you're kind of repositioning your portfolio in some way that suits your temperament," said Peter Tuz, president at Chase Investment Counsel of Charlottesville, Virginia.

Before the opening bell, outplacement firm Challenger Gray & Christmas reported that planned job cuts fell 59% to 530,000 in 2010, the lowest level in 13 years.

Meanwhile, private sector payrolls soared by 297,000 in December, according to a separate report from payroll processor ADP. Economists surveyed by Briefing.com were expecting the report to show that payrolls increase by
100,000 last month, compared to November's 93,000 rise.