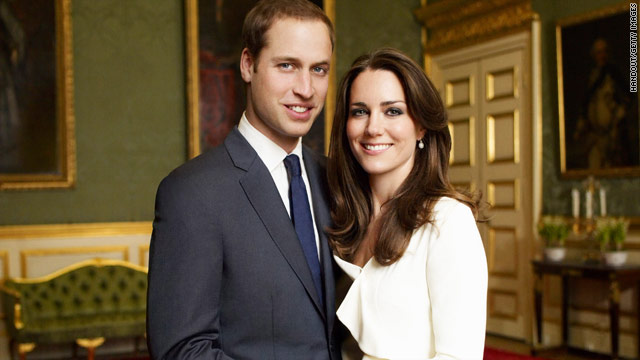 Prince William and Kate Middleton will have a wedding reception hosted by the queen at Buckingham Palace, the royal family announced Wednesday.

The palace also said the wedding service will begin at 11 a.m. on Friday, April 29, the date previously announced for the nuptials at Westminster Abbey.

The Dean of Westminster will conduct the service, and Archbishop of Canterbury Rowan Williams will marry the couple, the palace said. The Bishop of London will give the address.

After the wedding, the couple will go to Buckingham Palace for the reception, which will have guests "drawn from the congregation representing the couple's official and private lives," the palace said.