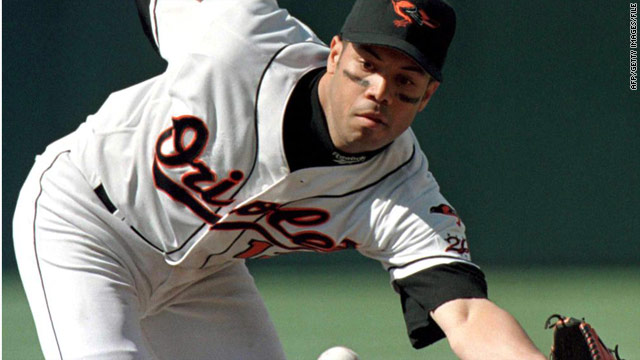 The votes are in - and Roberto Alomar and Bert Blyleven are headed to baseball's Hall of Fame.

Baseball's annual version of Election Day occurred today, with the 539 members of the Baseball Writers' Association of America voting two new members into Cooperstown. Alomar received 90 percent of the vote, the third-most in history, while Blyleven came in with 79.7 percent approval, just sneaking in on his 14th try for the Hall.

Falling short of the 75 percent threshold to be elected were Barry Larkin (62.1 percent), Jack Morris (53.5), Lee Smith (45.3), Jeff Bagwell (41.7) and Tim Raines (37.5). Failing on his 15th and final try for the Hall was Dave Parker, a standout outfielder whose career was derailed by injuries and drug problems.

Alomar enters Cooperstown as arguably the greatest second baseman of all time. Described by SIâ€™s Tom Verudcci as "one of the smartest and most graceful players ever to play second base," the switch-hitting Alomar hit .300 over his 17-year career with 2,724 hits, 210 home runs and 474 steals. The 12-time All-Star, who also won 10 Gold Gloves, fell just short of being elected to the Hall lastÂ year when he received 73.7 percent of the 2010 vote.

Blyleven, meanwhile, took a bit longer to be named into Cooperstown's hallowed halls. After receiving 17.5 percent of the vote his first year on the ballot, Blylevenâ€™s brilliance was finally recognized by the association. The prodigious starter with the legendary epic breaking ball earned 287 wins over his career, with 60 shutouts and 3,701 strikeouts (fifth most in history) over nearly 5,000 innings. The right-handed starter never won a Cy Young, but his consistency over a 22-year career eventually earned him the call.

Hall of Fame elections typically come with plenty of debate, and 2011 is no different. Prior to the announcement, Joe Posnanski delivered his Hall shoo-ins, borderline picks and stretches for 2011 on SI.com. For more Hall of Fame coverage, be sure to check back with SI throughout the day.

With no bowl games tonight, here's what to watch (all times Eastern):

The Blue Devils (13-0) look to keep their perfect record in tact against UAB, while guard Nolan Smith is just five points short of becoming the 11th player in Duke history to score 2,000 points.

Bruce Pearl hopes to help the struggling Volunteers snag a win over the 11-2 Tigers before serving an eight-game conference suspension for lying to NCAA investigators.

After losing three straight in late December, the Lakers have won three of their last four and look to keep it going against the struggling Suns, losers of five of their last six.

1 - Win for the Ohio State football team in its last 10 games against SEC opponents after defeating No. 8 Arkansas 31-26 in the Sugar Bowl.