The US Postal Service has temporarily removed some mailboxes in several cities, a security measure ahead of Preside‚Ätwitter.com/i/web/status/1‚Ä¶SZ

Capitol Police arrested a man in downtown Washington with a loaded handgun, more than 500 rounds of ammunition and‚Ätwitter.com/i/web/status/1‚Ä¶SQ

Democratic Rep. Lou Correa of California says he has tested positive for Covid-19 and will miss President-elect Bid‚Ätwitter.com/i/web/status/1‚Ä¶ih

Nestle is recalling some pepperoni Hot Pockets because of concerns they may be contaminated with glass and hard pla‚Ätwitter.com/i/web/status/1‚Ä¶q5 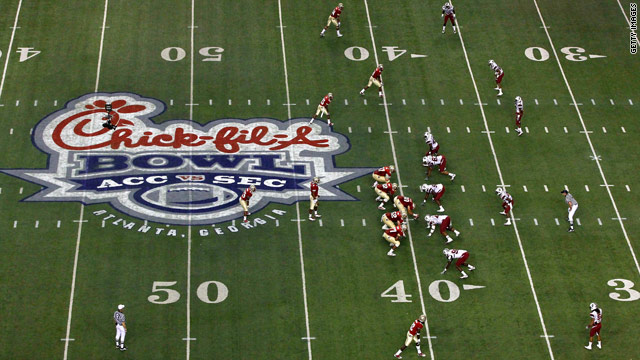 ESPN announcer Ron Franklin was fired over comments he made to a colleague during a meeting before the Chick-fil-A Bowl.
January 5th, 2011
11:09 PM ET

Opinion: Slave trade was systematic: Most students of American history understand that a dramatic re-peopling of North and South America began in the years after Christopher Columbus first landed in the New World. But they may not realize that it was Africa, not Europe, that formed the wellspring of this repopulation process.

ESPN announcer fired for comments: ESPN has fired an announcer who sat out the Fiesta Bowl after he allegedly made an insulting comment to a sideline colleague.

Use of image in Navy video upsets Glenn Close: Actress Glenn Close said she is "distraught" that her image was used in one of a series of profanity- and slur-laden videos aboard the Navy's USS Enterprise.

She alleges the state is threatening to ‚Äústack the charges‚Äù if she publicly criticizes Fl officiawptv.com/news/state/arr‚Ä¶d7wa
susancandiotti

6:00 pm ET January 16, 2021 RETWEET
In an effort to protect against new coronavirus variants, the United Kingdom will close all travel corridors from 4‚Ätwitter.com/i/web/status/1‚Ä¶bM
cnni

5:00 pm ET January 16, 2021 RETWEET
The group wants to ensure that everyone has access to a secure, digital record of their Covid-19 vaccination ‚Äî liketwitter.com/i/web/status/1‚Ä¶Ld51
cnni