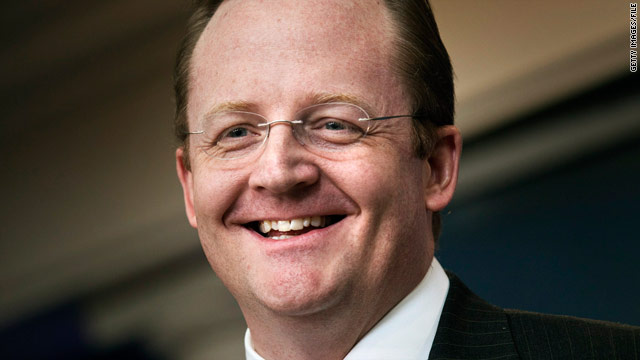 As his beloved Tigers get ready for the BCS National Championship game Monday, Robert Gibbs wants to bring an Auburn University tradition to the White House.

Gibbs, the soon-to-be ex-White House press secretary, told CBS college football guru Tony Barnhart that if Auburn wins, he will return to “roll” or “TP” the White House, or at least part of it. The “The Tony Barnhart Show” is scheduled to air Thursday night.

According to Politico, Gibbs said, “If Auburn wins, I will come back. I will get a little agreement with the Secret Service. We’ll put a couple of rolls (of toilet paper) up there, and then I can help take it down so it doesn’t look like we trashed the place.”

Being an Auburn grad, I know a little about this tradition. After Auburn wins a football game or other significant sporting event, fans flock to the intersection of College Street and Magnolia Avenue.

It’s known as Toomer’s Corner, after the drugstore that produces the lemonade that Esquire magazine once suggested was made by God himself.

Fans mob the intersection after a victory, often forcing police to simply shut down two major arteries through downtown.

There, we hurl roll after roll of toilet paper into the live oaks across from the drugstore. After a big win, everything on the corner is covered in the white stuff, even the power lines and eagle-adorned brick entryways to the university.

It can get rather messy, as you can see here.

Gibbs attended North Carolina State University, where he played goalkeeper for the Wolfpack soccer team, but he was born and raised in the city of Auburn.

Gibbs told Barnhart that he thinks President Obama understands how important Monday’s game between Auburn and the Oregon Ducks is to him, Politico reported. Gibbs further said he’s worn the same Auburn shirt for every Tiger victory this year, even when everyone else was wearing a suit.

“He gets how big a deal this is for me. He enjoys and loves college football,” Gibbs told Barnhart. “I’ve watched some of their games in my office. I’ve got a pretty decent-size TV in there, thankfully. Sometimes it’s hard. One week we were on the road, and I had to talk to the advance people about making sure that we had some TVs and could watch some games if we needed to.”