At least 16 workers in southwest China were killed after they became trapped underground in a coal mine and exposedâ€twitter.com/i/web/status/1â€¦UI

A federal judge blocks -- for now -- a US government ban on downloads of TikTok just hours before the policy was seâ€twitter.com/i/web/status/1â€¦57

Trump has paid no federal income taxes whatsoever in 10 of the past 15 years beginning in 2000, a New York Times reâ€twitter.com/i/web/status/1â€¦By

Joe Biden: "Never before in our nation's history has a Supreme Court justice been nominated and installed while a pâ€twitter.com/i/web/status/1â€¦S8 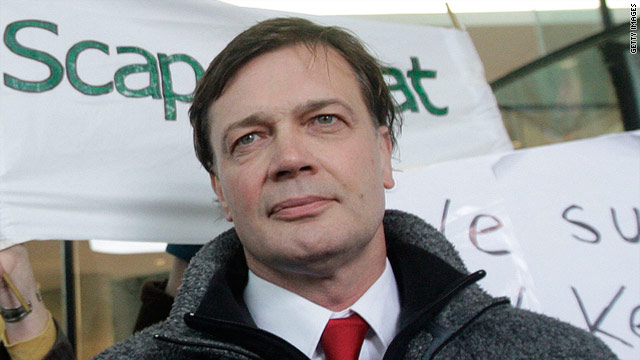 Speaking on CNN's "Anderson Cooper 360," Dr. Andrew Wakefield said Wednesday he has been the target of "a ruthless, pragmatic attempt to crush any attempt to investigate valid vaccine safety concerns." An investigation published by the British medical journal BMJ concludedÂ  thatÂ Wakefield misrepresented or altered the medical histories of all 12 of the patients whose cases formed the basis of the 1998 study - and that there was "no doubt" Wakefield was responsible. The journalist who wrote the BMJ articles said Thursday he believes Wakefield should face criminal charges.

The two were convicted on charges of conspiring to provide drugs using false names. And prosecutors are recommending probation, not prison. Howard K. Stern and Dr. KhristineÂ Eroshevich were acquitted on the most serious charges of providing drugs to a known addict, which were the linchpin of the prosecution's case.

A new nation? - Several million people will decide in the next week or so whether to create the world's newest nation. They will cast ballots at polling stations sprinkled across the vast, flat plains of Southern Sudan, an East African landscape long riven by chaos, on whether to declare independence from the rest of Sudan.

War and famine have ravaged generations in the South for as long as anyone can remember. Fighting forced more people from their homes than in any other nation on earth. Hope remained elusive. Yet the vote has given many Southerners the rare sense of exhilaration that is born of new beginnings.

From January 9 to January 15, the black Christians and animists in the autonomous region of Southern Sudan will vote on whether to declare independence from a Northern government dominated by Arab Muslims. CNN's Mark Bixler, author of "The Lost Boys of Sudan: An American Story of the Refugee Experience," examines what this historic vote could mean.

Today in CES news -Â 3-D TV, which debuted to much hype atÂ the Consumer Electronics ShowÂ last year, has been a big flop. What are TV makers doing to entice consumers, or are they giving up on 3-D in the living room? Our team takes a look at what companies are doing this year to try to resurrect the idea.

And we also look at Microsoft's plan to redefine the couch potato. On Wednesday the company announced plans to redefine television as a medium that viewers can control by waving their hands and talking rather than clicking on remotes.

In a speech that unofficially openedÂ CES in Las Vegas, company CEO Steve Ballmer also said he aims to make TV more social - letting viewers chat with each other as avatars in virtual settings and place live bets on sporting events from the TV screen.

A federal judge blocks -- for now -- a US government ban on downloads of TikTok just hours before the policy was seâ€twitter.com/i/web/status/1â€¦ft
cnni

2:39 am ET September 28, 2020 RETWEET
A giant robot resembling the 1970s anime figure Gundam has been tested in Yokohama, Japan. The robot stands at nearâ€twitter.com/i/web/status/1â€¦jG
cnni

2:31 am ET September 28, 2020 RETWEET
Donald Trump paid no federal income taxes whatsoever in 10 out of 15 years beginning in 2000 because he reported loâ€twitter.com/i/web/status/1â€¦fS
cnni

2:21 am ET September 28, 2020 RETWEET
US President Trump and his campaign often share manipulated videos on social media. It is defended as humor, but hiâ€twitter.com/i/web/status/1â€¦TB
cnni

2:01 am ET September 28, 2020 RETWEET
At least 16 workers in southwest China were killed after they became trapped underground in a coal mine and exposedâ€twitter.com/i/web/status/1â€¦dP
cnni