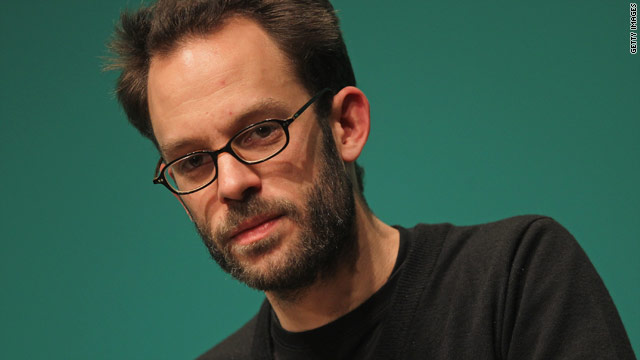 Ex-WikiLeaker Daniel Domscheit-Berg's book will be out in February.
January 6th, 2011
12:53 PM ET

A man who played an instrumental role in the WikiLeaks website is penning a memoir that will hit stores February 15. No, it's not Julian Assange. We're talking about Daniel Domscheit-Berg, who abruptly quit WikiLeaks as its spokesman in September. His book will debut just weeks after a Vanity Fair article that promises to reveal the dramatic back story about the Guardian and New York Times' dealings with Assange.

"Inside WikiLeaks: My Time with Julian Assange at the World's Most Dangerous Website" will "reveal the evolution, finances, and inner tensions" of WikiLeaks, according to Crown Publishing. Domscheit-Berg will also explain why he left WikiLeaks and his "disenchantment with the organization's lack of transparency, its abandonment of political neutrality, and the increasing concentration of power by Assange," according to a David Drake, the senior executive vice president of publicity at Crown.

Since leaving WikiLeaks, Domscheit-Berg has said he plans to launch OpenLeaks.org, a site that will share information - obtained from anonymous sources - with outlets such as news media and nonprofit rights groups that are best able to report it.

The book will tell the story of how Domscheit-Berg met Assange in 2007 at the Chaos Computer Club, a controversial hacker group based in Germany. CCC once reportedly published a German politician's fingerprints to protest using identity technology on passports.

Domscheit-Berg worked with WikiLeaks for several years, helping coordinate significant leaks, including information about a corrupt election in Kenya and the release of a classified video showing a U.S. Apache helicopter firing at and killing civilians (including two journalists) on the ground in Iraq.

It was reported in December that Assange had signed book deals worth more than $1 million.