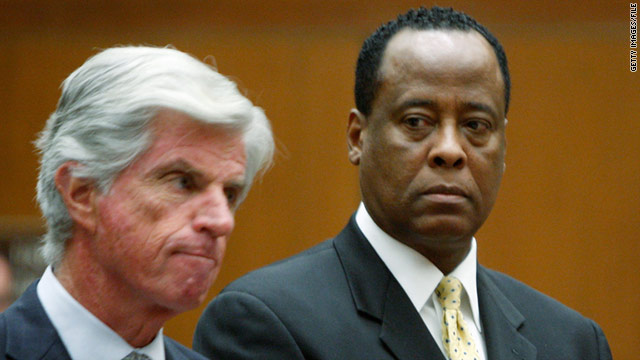 Girlfriend of Jackson's doctor set to take stand - Dr. Conrad Murray's girlfriend is expected to testify Friday on the fourth day of a preliminary hearing to determine whether the physician should be tried on an involuntary manslaughter charge in the death of singer Michael Jackson.

Thursday's testimony revealed that Murray placed a two-minute cell phone call to Nicole Alvarez from inside an ambulance as paramedics worked to revive Jackson during the ride to Ronald Reagan UCLA Medical Center on June 25, 2009.

Los Angeles County Superior Court Judge Michael Pastor will decide if there is probable cause to send Murray's case to trial. The hearing is expected to last two or three weeks with 20 to 30 witnesses.

More snow to blanket Northeast - New York crews will get another chance to prove themselves as snow heads for the Big Apple less than two weeks after a blizzard paralyzed the city.

Forecasters project between 2 and 4 inches of snow across the greater New York City area, with heavier amounts of snow expected over eastern sections of Long Island.

Obama to introduce economy gurus - President Barack Obama will announce key members of his economic team Friday as the administration tries to nudge the U.S. economy into a higher gear, a White House official said.

The president also will announce his intent to nominate Katharine Abraham as a member of the Council of Economic Advisers and Heather Higginbottom as deputy director of the Office of Management and Budget, according to the official.