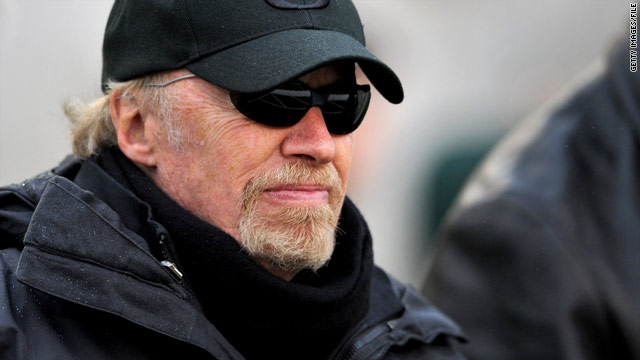 Nike founder and Oregon booster Phil Knight has managed to stay out of the spotlight while helping his alma mater rise to the top.
January 7th, 2011
07:03 PM ET

He co-founded Nike and ranks as the 23rd-richest person in the U.S., but in sporting circles, Phil Knight is better known as the most powerful booster in America.

While there’s been much discussion this season about whether Cam Newton received money to attend Auburn, there’s been little scuttlebutt about the source of the money being funneled into the program of the Tigers’ national championship opponent, the Oregon Ducks.

SI.com’s Michael Rosenberg pulls back the curtain and provides a glimpse into the mysterious life and influence of the Oregon athletic program’s top duck.

Knight graduated from Oregon in 1962, but his presence on the Eugene campus is felt much greater than ever. Since creating one of the most powerful brands in the world and becoming a billionaire many times over, Knight has made it his personal mission raise his alma mater into national stardom, one check at a time.

In total, Knight is estimated to have given $300 million to the Ducks’ athletic program. SI.com's Rosenberg hints that it may be even more and provides detail into the super-booster’s generous donations. Over the years, Knight has given his school state-of-the art facilities, a seemingly unlimited jersey budget and the bankroll to impress high school players who have helped transform the school once known for its track program into a national college football powerhouse and BCS contender.

In turn, Knight has been compensated quite nicely. The booster can sit in his suite at home games and listen to the coaches’ play calls on his personal headset.

Unlike Newton, there’s been little talk of Knight during Oregon’s surge to the top. He manages to stay out of the spotlight while putting his Ducks in it.

1 – Team in Football Bowl Subdivision history to have won 10 games one season after losing 10. Miami (OH) accomplished the turnaround feat by beating Middle Tennessee in the GoDaddy.com Bowl on Thursday.

$1,000 to $1,500 – The amount of the gambling debt Memphis Grizzlies guard O.J. Mayo reportedly owed teammate Tony Allen after playing cards on a team flight. Mayo refused to pay and Allen and reportedly insulted him repeatedly, leading to a fight in which Allen punched Mayo in the face. Mayo missed Tuesday’s game (the team said he sat out with “bronchitis”) but neither player was fined or disciplined for the altercation.