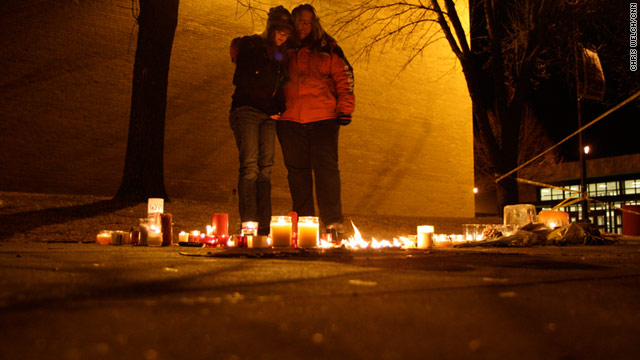 7 reasons to have sex: Some surprising benefits of sex are beginning to be explored, among them, that not only does being healthy support your sex life, but sex actually supports your health.

'Maybe I'm gay,' James Franco says: He's played gay men in the movies "Milk," "Howl" and the upcoming "The Broken Tower," so it's not unexpected that there is constant speculation about James Franco's sexuality.

Focus now on woods, river in search for teen: Investigators and rescue teams will continue their search Friday for a missing 13-year-old Texas girl, focusing near a densely wooded area and along the Colorado River.

Hunt under way for missingÂ teen: A 16-year-old North Carolina girl who disappeared while visiting family in Baltimore continues to be the object of an intense search by authorities.

Using e-cigarettes and other tobacco products to keep from relapsing to cigarettes doesn't appear to be effective,â€twitter.com/i/web/status/1â€¦hS
cnni

1:31 pm ET October 19, 2021 RETWEET
There's more to landing at an airport than getting to your destination. Here are some of the world's best approacheâ€twitter.com/i/web/status/1â€¦FR
cnni

1:00 pm ET October 19, 2021 RETWEET
The year's most stunning architectural photos have been revealed in the prestigious Architectural Photography Awardâ€twitter.com/i/web/status/1â€¦vs
cnni