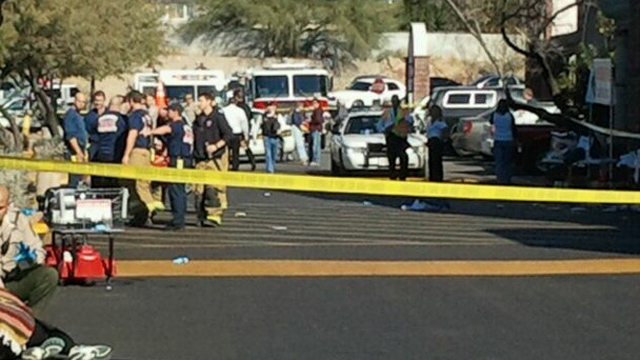 'Real, real hero' - Joe Zamudio rushed outside the Tucson, Arizona, grocery store when he heard the gunshots that took down 20 people, killing six of them.  Here, he tells CNN's Carol Costello about two people who helped subdue the gunman. One was an elderly woman. The other was a man who had been shot.

'We were four people, now we're three' - One of those killed in Saturday's shooting was a 9-year-old girl who went to Giffords'  event to learn more about government. Here, her father talks about his daughter, who was born on 9/11.

Rants of currency, grammar - Some classmates are speaking out about the 22-year-old identified by law enforcement sources as the alleged shooter in the Tucson attack. CNN's Nick Valencia reports on what they've said, plus what the alleged shooter said online.