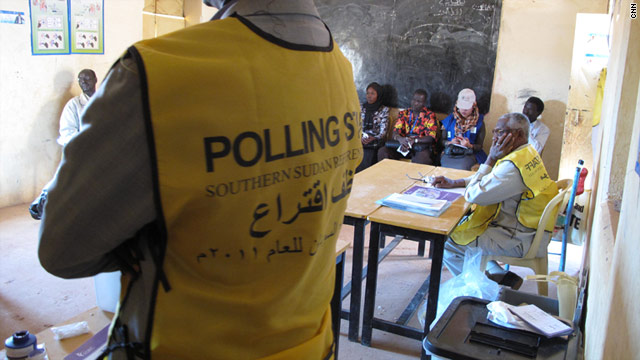 Tens of thousands of people across Southern Sudan went to the polls Sunday in a historic referendum that an international election observer said appeared to have been well-handled.

"There were very, very large numbers from the early hours of this morning all day long," said David Carroll, director of the Democracy Program at the Carter Center, in a telephone interview from Juba. "They were waiting patiently, they were in a happy, celebratory mood. They went through the process in an orderly way, largely. We saw a very meaningful, important process that the southern Sudanese are engaging in with a lot of passion."

By the time polls opened at 8 a.m., many Sudanese had already been standing on line for hours to cast their ballots on whether the south should declare independence or remain part of a unified Sudan.

Those who were still on line at 5 p.m. were allowed to remain there until they were able to vote, he said. "It's something that is clearly very, very important to the people of Southern Sudan."