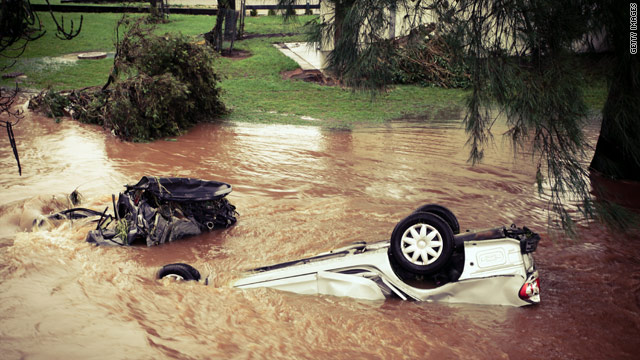 The number of people missing after flash floods swept cars off roads in the eastern Australian city of Toowoomba rose to more than 70 on Monday, with eight peple confirmed dead, police in the state of Queensland reported.

The latest flooding hit Toowoomba, about 125 kilometers (80 miles) west of the state capital Brisbane and considerably south of other areas hit by recent floods. The Queensland Police Service ?confirmed that 72 people are now missing in the areas of Toowomba and Lockyer Creek, and Chantelle Rule-Murphy, spokesperson for Emergency Management Queensland, said eight people have now been confirmed dead.

Toowoomba is the biggest inland city in Queensland, a region that was already reeling from one of the worst floods in its history. Authorities there are conducting several search-and-rescue operations, and Australia's military has committed four helicopters to those efforts, Rule-Murphy said.

A new study found that doctors gave the wrong antibiotics to nearly half of 670,400 people diagnosed with a UTI. Inâ€twitter.com/i/web/status/1â€¦P4
cnni

1:00 am ET February 28, 2021 RETWEET
This past week, NASA released the first video showing the Perseverance rover landing on the surface of Mars.â€twitter.com/i/web/status/1â€¦0l
cnni