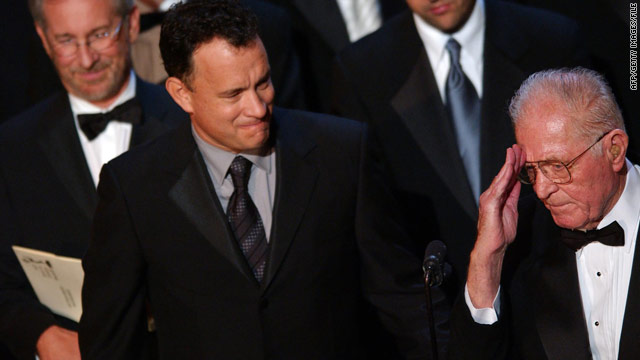 Central figure in 'Band of Brothers' dead at 92

Richard "Dick" Winters, a decorated hero of World War II and the central figure in the book and miniseries "Band of Brothers," has died. He would have turned 93 years old in February.

Winters died January 2 and was buried after a private funeral Saturday, according to retired Army Col. Cole Kingseed, a close friend and co-author of Winters' memoirs.

Winters began his career in the Army shortly before the Japanese attacked Pearl Harbor in 1941, and he volunteered to become a paratrooper, according to his wartime memoirs "Beyond Band of Brothers."