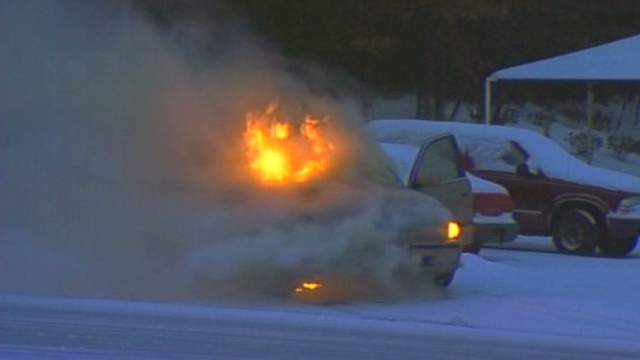 Gotta Watch: Wheels on fire; beauty and danger in snow

Beamer ball of fire – When it snows in the south, there's a reason people panic. It's drivers like this guy who, despite the fact that the roads are mostly impassable, decides to gun his engine to the point that it catches fire. The driver made it out of the car safely except for maybe a bruised ego.

Weather outside is frightful┬Ā– With little salt and few plows, southern cities pretty much shut down in the rare event of heavy snow. This means drivers who bear the elements are rare and brave, and kids who stay home and play are plenty. In this video, we pulled together some of our favorite footage of the frenzy and the fun the bad weather is causing in the Southeast.

6:47 pm ET April 12, 2021 RETWEET
He was a mamaŌĆÖs bo#GeorgeFloydydŌĆÖs brother testified. He talked about how devastated his brother was when their Mtwitter.com/i/web/status/1ŌĆ”ujSaxf
sarasidnerCNN