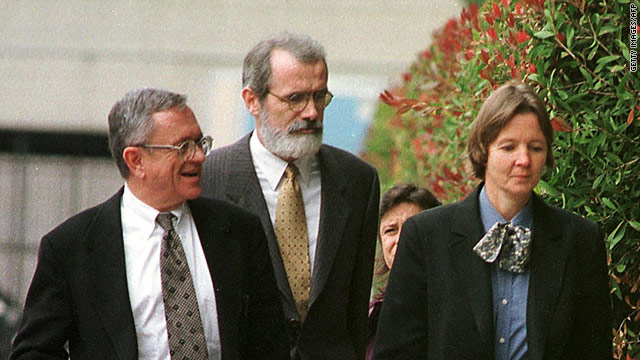 The federal public defender known for handling high-profile cases has been appointed to represent Jared Lee Loughner, the 22-year-old charged with murder and attempted assassination of a member of Congress in the Tucson shootings that killed six and wounded 14, including U.S. Rep. Gabrielle Giffords.

Clarke defended "Unabomber" Ted Kaczynski and assisted in the case of confessed al Qaeda operative Zacarias Moussaoui. Clarke has a private practice but works with the Federal Death Penalty Resource Counsel, according to National Public Radio.

The 82-year-old CIA-trained explosives expert has been accused of some major crimes, including plotting to assassinate Cuban leader Fidel Castro and a series of blasts that killed a tourist in Havana.Â  Posada, an anti-Castro Cuban militant, is now being tried in the U.S. In a trial scheduled to begin Monday in El Paso, Texas, Posada, whom Castro has calledÂ  "the most dangerous terrorist in the Western Hemisphere," faces 11 counts of lying to officials about how he entered the United States in 2005 and his alleged involvement in attacks on Cuba. He faces five to eight years in prison if convicted.

The 19-year-old sophomore at Georgetown University has known U.S. Rep. Gabrielle Giffords for years, having worked door to door with her during Giffords' re-election campaign in 2008, according to Time magazine. Villec told Time he was approached by a fidgety young man Saturday at the political meet-and-greet in Tucson where Giffords and 19 others were shot. "I told him, 'She is meeting with a constituent right now, but you are welcome to get in line and wait,' " Villec is quoted as saying. "The eerie thing now is how he dismissed me. As the rest of my words were trailing off, he abruptly turned and left," Villec told Time.

Later, Villec said, "I saw him raise his shooting arm. Then he opened fire."

The senior at Searsport High School in Maine has drafted a bill that would ban people across the United States from protesting at military funerals, according to CNN affiliate WABI. He presented his proposal, which originated as a school project, at a forum last week, where about 200 former members of the military expressed support. Parker was motivated by the controversial actions ofÂ  members of Westboro Baptist Church in Topeka, Kansas.

According to WABI, a representative from the church sent Parker an e-mail that said, in part, "You must be living in a painful Spiderman movie." Parker planned to solicit revisions from the public and send the bill to Maine Sens. Susan Collins and Olympia Snowe.