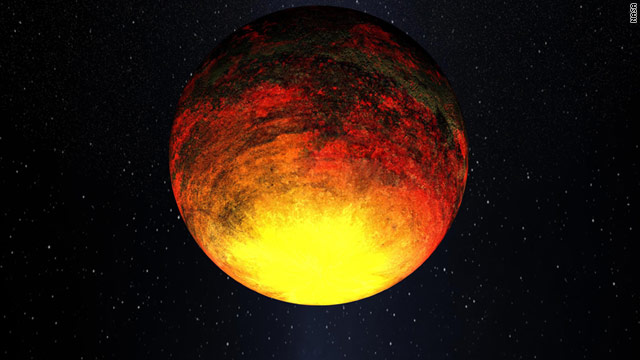 There goes the celestial neighborhood.

Scientists at the Kepler mission have discovered their first rocky planet outside our solar system, NASA announced Monday.

The exoplanet, called Kepler-10b, is 1.4 times the size of Earth and is the smallest found outside the reach of the sun's gravitational pull, NASA said Monday on its website.

The discovery came after 10 months of data-collecting by NASA's Kepler mission, tasked with finding Earth-like planets.

ŌĆ£The discovery of Kepler 10-b is a significant milestone in the search for planets similar to our own,ŌĆØ Douglas Hudgins, a Kepler scientist based in Washington, said in a news release. ŌĆ£Although this planet is not in the habitable zone, the exciting find showcases the kinds of discoveries made possible by the mission and the promise of many more to come,ŌĆØ he said.

A habitable zone is a region where liquid water can exist on a planet's surface, according to NASA's website.

6:22 pm ET November 25, 2022 RETWEET
ItŌĆÖs a draw!!!! US must beat Iran on Tuesday to advance to 16th Round ŌĆö-United States earns draw against favored twitter.com/i/web/status/1ŌĆ”XtZ12g
susancandiotti

3:36 pm ET November 23, 2022 RETWEET
In recent interview, Pence said he didnŌĆÖt think it was appropriate for him to testify before Jan 6 cmte. Interestitwitter.com/i/web/status/1ŌĆ”wadO
susancandiotti