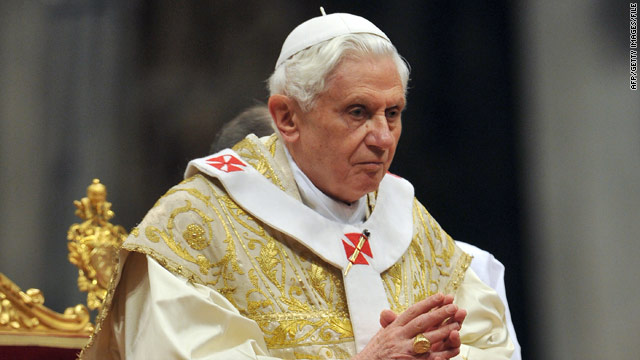 In his annual "State of the World" address to the Vatican diplomatic corps, Pope Benedict XVI spoke Monday about religious intolerance and discrimination toward Christian minorities around the world.

The pope voiced concern about the recent attacks against Christians in the Middle East and urged the region's leaders to take stronger safeguard measures.

"Looking to the east, the attacks which brought death, grief and dismay among the Christians of Iraq, even to the point of inducing them to leave the land where their families have lived for centuries, has troubled us deeply. To the authorities of that country and to the Muslim religious leaders, I renew my heartfelt appeal that their Christian fellow-citizens be able to live in security, continuing to contribute to the society in which they are fully members."

The pope repeated his call for religious tolerance in Egypt. He said an attack on Christians as they prayed in church was another example of the need for governments to protect their religious minorities.

The pope also condemned the recent assassination of the governor of Pakistan's Punjab province and asked Pakistan to repeal its blasphemy laws, saying that they are often used as an excuse for religious attacks on Christians. The kistani governor, Salman Taseer, had spoken in opposition to the blasphemy laws.

@DGUNZ22 @CNN actually we have had a reporter there for a while. @BrianToddCNN has covered the case daily. i canŌĆÖttwitter.com/i/web/status/1ŌĆ”6Ep4
sarasidnerCNN

8:04 pm ET May 4, 2021 RETWEET
@benn_bin_mo @clarissaward do some research. we showed all of the things you are accusing us of not showing.
sarasidnerCNN