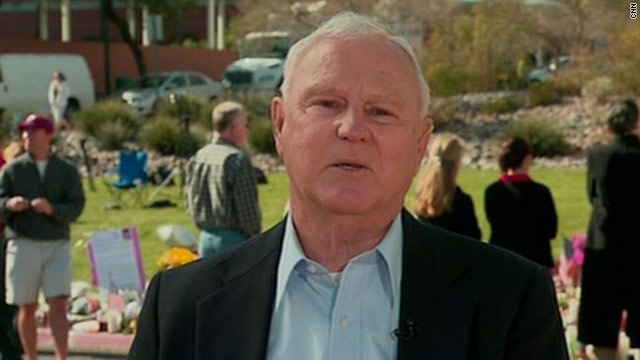 Wounded man, physician among those who stepped up during shooting

A man who'd been grazed with a bullet helped subdue a gunman. An intern tended to the wounded congresswoman whose staff he'd joined just days before. A woman put an extra ammunition clip out of the gunman's reach, and a doctor who'd witnessed the shooting performed CPR on the injured.

CNN Heroes salutes the following people who responded to Saturday's shooting at a political event outside a supermarket in Tucson, Arizona - a shooting that killed six people and wounded 14 others, including U.S. Rep. Gabrielle Giffords - with acts of courage.

Badger and Salzgeber were two of the men who helped subdue the gunman during a pause in the shooting, according to witnesses.

Badger, 74, was at the event to meet Giffords. He hit the ground when the shooting started and felt a sting on the back of his head - he'd been grazed by a bullet. When the shooting stopped, Badger stood up and found the shooter was right in front of him, he said.

Scientists have developed a light-reflecting "ultra-white" paint, which they say could negate the need for air condâ€twitter.com/i/web/status/1â€¦Ok
cnni