The Department of Homeland Security warns about the potential for violence from people involved in or opposed to thā€twitter.com/i/web/status/1ā€¦VV

A federal judge has blocked the Biden administration from expelling migrant families apprehended at the US-Mexico bā€twitter.com/i/web/status/1ā€¦CZ

Alex Murdaugh, the South Carolina lawyer whose wife and son were killed in June, turns himself in on charges relateā€twitter.com/i/web/status/1ā€¦h0

A Colorado state probe launched in response to the death of Elijah McClain found Aurora police had a pattern of praā€twitter.com/i/web/status/1ā€¦Vi

President Biden plans to announce the US and UK are helping Australia acquire nuclear submarines in a new pushbackā€twitter.com/i/web/status/1ā€¦hT 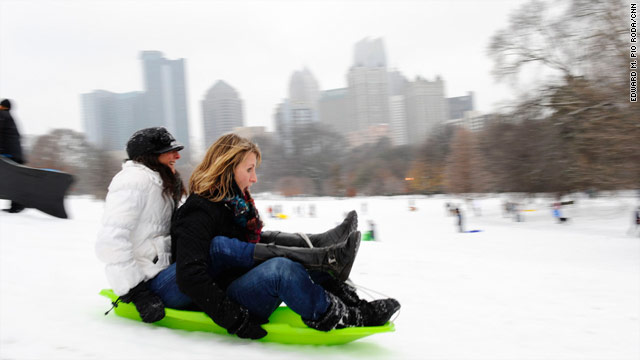 Oil spill report - The National Oil Spill Commission established by President Barack Obama will hold a news conference at 10 a.m. to release its final report on last spring's disaster in the Gulf of Mexico.

In an advance chapter released last week, the commission said: "The well blew out because a number of separate risk factors, oversights, and outright mistakes combined to overwhelm the safeguards meant to prevent just such an event from happening." It blamed most of the problems on management failures at BP, Halliburton and Transocean.

Verizon iPhone announcement - Apple CEO Steve Jobs and Verizon President Lowell McAdam are expected to announce the launch of a Verizon-friendly Apple iPhone at an 11 a.m. news conference. Since Apple launched the iPhone in 2007, AT&T has had an exclusive market in the United States. Industry reports say Verizon will start taking orders for the new devices in early February.

Community Mass in Arizona - Mourners will gather at a "community healing" Mass on Tuesday for victims of the weekend shootingĀ outside an Arizona supermarket that killed six people - including a federal judge and a 9-year-old girl - and wounded 14 others, including Rep. Gabrielle Giffords.

The Mass will be held at 7 p.m. (9 p.m. ET) at St. Odilia Church in Tucson, where 9-year-old shooting victim Christina Green sang in the children's choir and made her First Communion a year ago.

"Right now it is important as a community to pull together and to reach out in care and concern to all who have been affected by this tragedy," Bishop Gerald Kicanas wrote Monday in a letter to the parishioners of the Roman Catholic Diocese of Tucson.

Local and federal authorities are looking for 22-year-old Gabby Petito, who was reported missing by her family overā€twitter.com/i/web/status/1ā€¦nl
cnni

6:24 pm ET September 16, 2021 RETWEET
The US Department of Homeland Security has warned about the potential for violence from people involved in or opposā€twitter.com/i/web/status/1ā€¦Kh
cnni

5:42 pm ET September 16, 2021 RETWEET
The Italian government has approved a decree making it mandatory for all public and private sector workers to showā€twitter.com/i/web/status/1ā€¦Ys
cnni