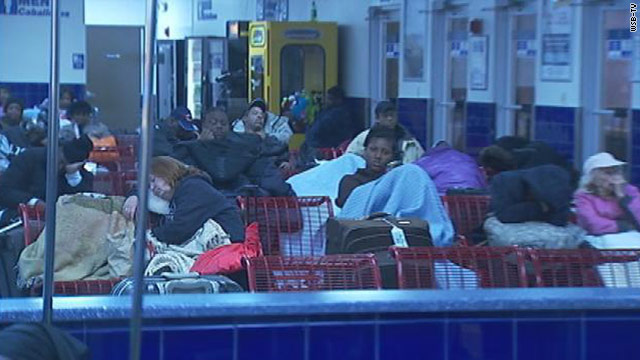 The icy roads that have paralyzed much of the Southeast since Sunday left more than 100 passengers stranded without food for more than 24 hours at a Greyhound terminal in Atlanta, Georgia, CNN affiliate WSB-TV reported.

The food crisis was alleviated when passengers took the initiative to call the Atlanta mayor's office and McDonald's corporate headquarters in Illinois, WSB-TV reported.

A McDonald's restaurant delivered food to the station early Tuesday morning, and the city jail provided sandwiches, bottled water and blankets that were delivered by police.

"The riders were orderly and grateful for receiving the food," police spokeswoman Kim Jones told the TV station.

"Critics say that the media's treatment of Meghan, which contrasts starkly with the often positive coverage given tâ€twitter.com/i/web/status/1â€¦HM
cnni

6:00 am ET March 9, 2021 RETWEET
A fireball that lit up the sky over the UK and Northern Europe on February 28 was an extremely rare type of meteoriâ€twitter.com/i/web/status/1â€¦uO
cnni