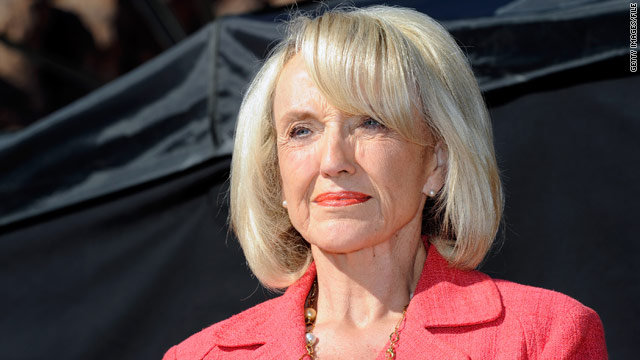 Arizona enacts funeral protest legislation: Arizona Gov. Jan Brewer signed emergency legislation Tuesday that bars protests within 300 feet of a funeral and within an hour from its beginning or end. Earlier in the day, the state legislature passed the measure, which targets a Kansas church whose members announced they planned to picket the funerals of the victims of Saturday's shootings in Tucson.

Suspect's parents: 'We care very deeply' about victims' families: The parents of Jared Lee Loughner, suspected in the Tucson, Arizona, shootings that left six people dead and U.S. Rep. Gabrielle Giffords critically wounded, said Tuesday they do not know why the incident occurred and that they are "very sorry" for the loss felt by victims' families.

The cost of leaving AT&T for a Verizon iPhone: What would it cost for iPhone users to buy out of their AT&T contract to get Verizon Wireless' iPhone? That depends on when you signed up. But no matter how you cut it, it's not cheap.

Brisbane braces for more flooding as 90 people reported missing:  Brisbane, Australia, awoke Wednesday to sunny, clear skies amid renewed warnings that a wave of water was sweeping through the city's main river system, threatening to exceed the damage done by the record 1974 floods.

Arizona's back-to-basics sheriff: A sheriff whose comments following Saturday's shooting at a Arizona political event brought him criticism has a history of taking a stand when he believes in something strongly - without much care for consequences.