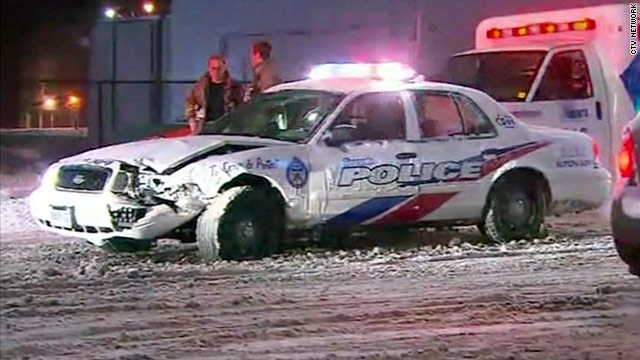 The suspect hit numerous vehicles as he continued through the city‚Äôs streets for another half-hour or more, and rammed the plow into a Ferrari dealership, according to news reports.

According to a report in the Toronto Star, the plow company employees were working outside their vehicle when the suspect ‚Äì a ‚Äúguy with no shoes‚Äù ‚Äì jumped in and sped off.

‚ÄúHe was barefoot and just came running and jumped in,‚Äù plow company President Peter Tolias told the Star. Officials have not released the suspect‚Äôs identity and have not speculated on a motive.