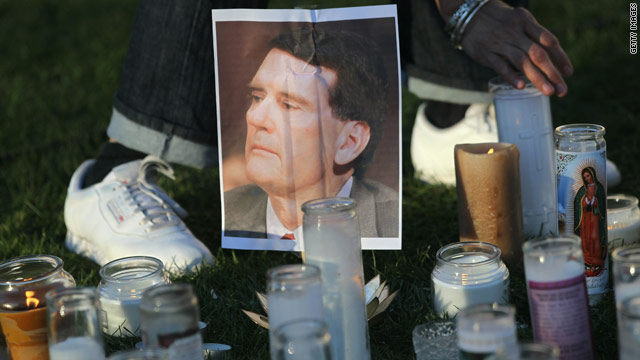 Federal judges in Arizona recused themselves from the case after Federal Judge John Roll was killed in the shooting.
January 12th, 2011
05:40 PM ET

A federal judge from California has been appointed to preside over upcoming hearings in the case of Jared Lee Loughner, the accused gunman in Saturday's killing spree in Tucson, Arizona.

Judge Larry Burns is a 2003 Bush appointee serving in the U.S. District Court for Southern California in San Diego.

The next federal hearing in the case is scheduled for January 24 in Phoenix. All federal judges in Arizona have recused themselves from hearing the case after Judge John Roll, the chief federal judge in Arizona,Â was killed in the shooting.

Ryanair is refusing to carry passengers who were refunded by credit card companies for flights they did not take beâ€twitter.com/i/web/status/1â€¦UO
cnni