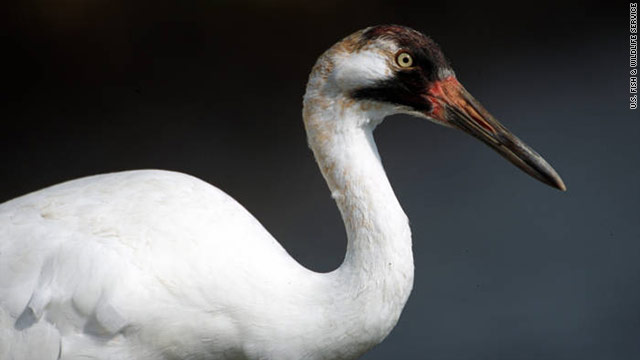 The three dead birds were found and reported by hunters near Albany, Georgia, on December 30, according to a release from the U.S. Fish and Wildlife Service.

The cranes, which were banded and fitted with radio transmitters, were part of a group of five that were migrating to Florida together, the service said. They had last been tracked 20 days earlier in Hamilton County, Tennessee.

The cranes that were killed were not among those famously led south by ultralight aircraft, but instead were part of the Direct Autumn Release program, in which cranes are encouraged to follow other migrating birds, such as sandhill cranes.

The wildlife service and Georgia Department of Natural Resources are investigating. Several organizations have contributed toward a $12,500 reward for information leading to an arrest and conviction.