Federal judge dismisses the NRA's petition for bankruptcy, saying it was filed in "bad faith" to avoid litigation bŌĆtwitter.com/i/web/status/1ŌĆ”yw 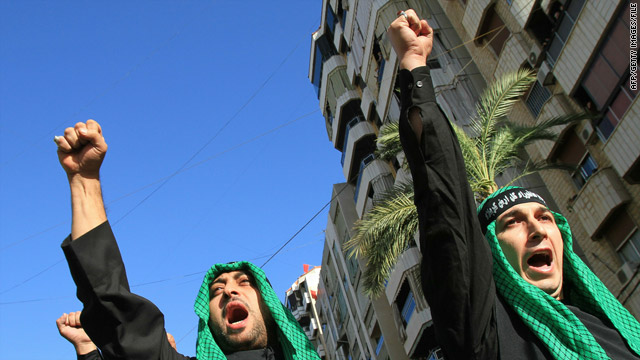 [Updated at 11:13 a.m.] Lebanon's unity government collapsed Wednesday after Minister of State Adnan Sayyed Hussein turned in his resignation, the 11th Cabinet member to do so.

[Posted at 10:26 a.m.] Members of the powerful Hezbollah movement and its allies resigned from Lebanon's unity government Wednesday, raising fears of renewed political crisis in the region.

As the Lebanese government faced collapse, Prime Minister Saad Hariri was meeting with President Barack Obama at the White House.

It would take 11 resignations in the 30-member Cabinet to dissolve Hariri's unity government. The opposition bloc, known as the March 8 Alliance, has 10 members. It's not clear whether an 11th member would join with the other 10 to dissolve the government.

Lebanon's government has been at an impasse over the United Nations-backed tribunal's investigation of the assassination of Rafik Hariri, the current premier's father. It is widely expected the tribunal will indict members of Shiite Muslim Hezbollah, which is designated as a terrorist organization by the U.S. State Department.

Hezbollah has blamed Israel for the 2005 bombing that killed Hariri and has pressured the government to denounce the tribunal's probe.

Opposition member Fadi Abboud said the opposition bloc had been calling for a Cabinet session to discuss the tribunal and met Wednesday to discuss what action to take.

Attempts to resolve the dispute have failed so far. Michel Aoun, a Christian member of parliament who heads the Free Patriotic Movement, said a Saudi-Syrian initiative had reached a dead end.

"The deals are symbolic of how China and Russia's international vaccine goals are increasingly aligned, as they assŌĆtwitter.com/i/web/status/1ŌĆ”cE
cnni

1:01 am ET May 12, 2021 RETWEET
This manicure embeds a microchip into your fingernails -- and can be used as a contactless solution to business carŌĆtwitter.com/i/web/status/1ŌĆ”bF
cnni

12:31 am ET May 12, 2021 RETWEET
There is a growing awareness of the environmental cost of burying our dead. More people are now choosing a "naturalŌĆtwitter.com/i/web/status/1ŌĆ”TG
cnni

12:15 am ET May 12, 2021 RETWEET
Even after a nearly 10% price spike Tuesday ŌĆö from about 46 cents to around 50 cents per coin ŌĆö dogecoin is stilltwitter.com/i/web/status/1ŌĆ”LF8BWG
cnni