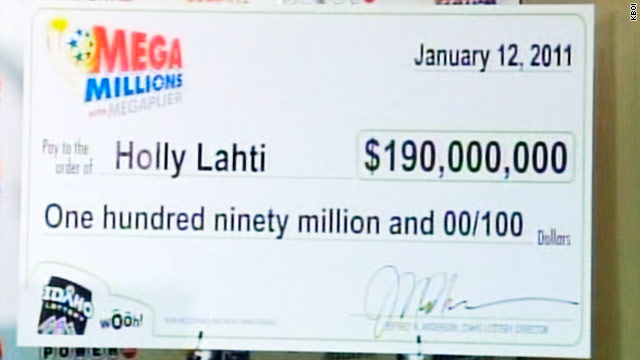 She is one of two winning ticketholders who is splitting the jackpot. The other winner is Jim McCullar of Ephrata, Washington, who stepped forward last week to claim his half of the $380 million prize.

Lahti officially claimed the prize yesterday, an Idaho State Lottery spokesman said, adding that Lahti did not want to address the media at this time. She did not appear at the press conference to announce the winner.

"She has indicated that she may be willing to speak to the media when she has her affairs in order," the spokesman said.

“He knows I was under enormous pressure to turn on him,” Mr. Stone told the journalist Howard Fineman on Friday btwitter.com/i/web/status/1…dID6JE
susancandiotti