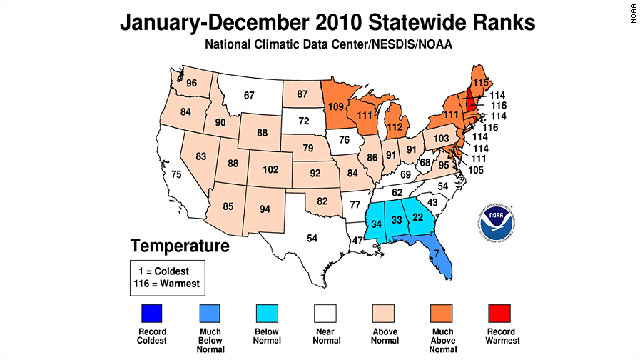 NOAA says 2010 tied with 2005 as the warmest year of the global surface temperature record, beginning in 1880, according to new posting on NOAA.gov.

"This was the 34th consecutive year with global temperatures above the 20th century average," the post said. "For the contiguous United States alone, the 2010 average annual temperature was above normal, resulting in the 23rd warmest year on record."