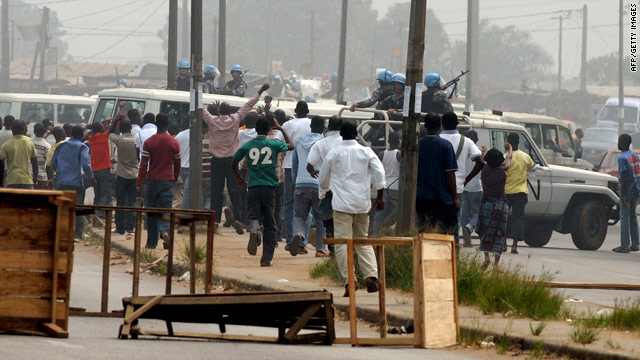 Three United Nations peacekeepers were shot and injured Tuesday night by the forces of self-declared President Laurent Gbagbo, the U.N. operation in Ivory Coast said in a statement on Wednesday.

The peacekeepers were returning from a patrol when they were shot, the U.N. operation said.

TheÂ shootings came a day after the United Nations Security Council condemned the violence that has erupted since the country's November 28 presidential runoff election and "urged all parties to exercise restraint."

The nation was plunged into crisis when an independent commission declared AlassaneÂ Ouattara the winner of the election, but incumbent Gbagbo refused to leave office. The United Nations and an increasing number of countries have recognized Ouattara, a former prime minister, as the rightful winner.

7:10 pm ET April 16, 2021 RETWEET
The US Department of Defense Covid-19 task force plans to re-allocate doses of the Moderna vaccine to overseas US mâ€twitter.com/i/web/status/1â€¦o8
cnni