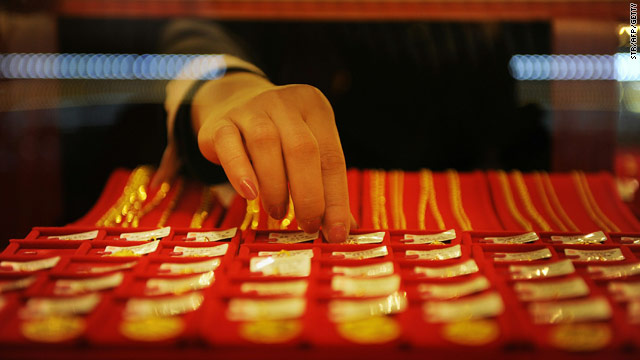 Digging for gold – 2 miles down (video): With gold selling near record highs of $1,400 an ounce, demand has never been higher - and that means big profits for the companies who drill and blast it out of the ground. An exclusive look inside one of the biggest gold mines in the country in rural Nevada.

5 states where jobs are getting worse: States like Nevada and Colorado have seen their unemployment rates skyrocket. Here's why, and what they're doing about it.

Verizon scraps ‘new every two’ credit: Verizon Wireless customers will generally no longer be able to get credits of $30 to $100 off the already-discounted price of a new phone, starting January 16. Current Verizon customers who are eligible for the credit still will be able to use them toward Verizon iPhones when they go on sale next month.

IBM’s Jeopardy computer: Watson, which takes its name from the surname of IBM founder Thomas J., is a computing system that aims to "understand" language as humans naturally speak it. And that's no easy feat! But in a 15-question round, Watson fielded about half the questions - and got none wrong.