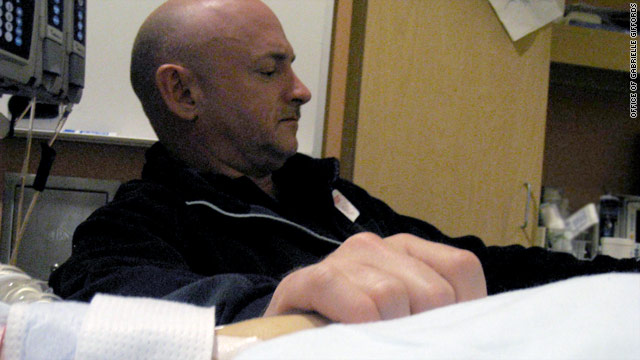 Astronaut Rick Sturckow will serve as a backup commander for the mission so the crew and support teams can continue training, NASA said.

Kelly's wife is U.S. Rep. Gabrielle Giffords, who was critically wounded in a shooting Saturday in Tucson, Arizona.

NASA said Kelly remains commander of the 14-day mission, which is scheduled to launch April 19 from NASA's Kennedy Space Center in Florida.
"I recommended to my management that we take steps now to prepare to complete the mission in my absence, if necessary," Kelly said in a statement released by NASA. "I am very hopeful that I will be in a position to rejoin my STS-134 crew members to finish our training."