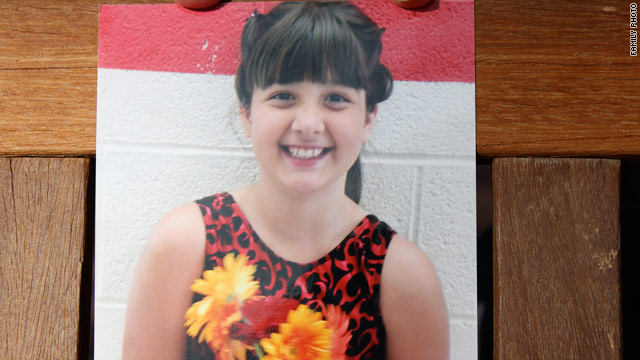 Funeral for Tucson girl - A memorial service will be held Thursday for Christina Green, 9, the youngest victim of the Arizona mass shooting.

Christina was born on September 11, 2001. For her service, two firetrucks will raise their ladders and connect a U.S. flag nearly destroyed in the 2001 terror attacks in New York. The flag will form an archlike design, which the girl's family will walk under before entering the church.

Christina will be buried in a custom-made casket donated by Trappist monks from a monastery in Iowa.

RNC meeting - The Republican National Committee's Winter Meeting 2011 gets under way in Washington.

The key item on the agenda comes Friday when delegates will elect a national chairman. Michael Steele, who at times has been criticized from within the GOP ranks, is running for re-election. He is being challenged by former Bush administration official Maria Cino, Wisconsin GOP Chairman Reince Priebus, Michigan National Committeeman Saul Anuzis and former Missouri GOP Chairwoman Ann Wagner.

Hispanic forum - When the Hispanic Leadership Conference gets under way Thursday in Miami, former Florida Gov. Jeb Bush will be there because he's co-chairman.

But several 2012 Republican presidential contenders won't be there.

"Three Queens" in New York - Fireworks will light up the sky over New York Harbor at 6:40 p.m. Thursday when Cunard cruise line's Queen Elizabeth, Queen Mary 2 and Queen Victoria rendezvous near the Statue of Liberty.

The event marks the first time these three ships will have been in the same place at the same time, according to Maritime Matters.

"Jeopardy!" vs. IBM -"Jeopardy!'s" two most successful contestants - Ken Jennings and Brad Rutter - will face off Thursday in a practice match against an IBM supercomputer named Watson in Yorktown Heights, New York.

Watson was built by a team of IBM scientists who set out to accomplish a grand challenge - build a computer that can rival a human's ability to answer questions posed in natural language with speed, accuracy and confidence.

The menÂ will take on the computer in a real match in February for a $1 million prize, according to Forbes magazine.

Eminem released a new album and no one saw it coming. "Music to be Murdered by" will be his 11th album. "It's yourâ€twitter.com/i/web/status/1â€¦Eh
cnni

5:41 pm ET January 17, 2020 RETWEET
Biden continued to make the case that going into Iraq was justified in the months after the invasion and instead arâ€twitter.com/i/web/status/1â€¦HH
cnni

5:11 pm ET January 17, 2020 RETWEET
Astronauts could bring a much more compact habitat made from lightweight materials embedded with fungi. These couldâ€twitter.com/i/web/status/1â€¦HA
cnni