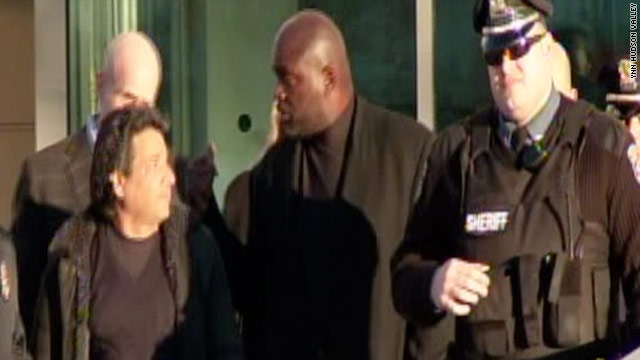 Former NFL star and Hall of Famer Lawrence Taylor, initially charged last year with raping a 16-year-old girl, has pleaded guilty to lesser charges in a deal in which he'll avoid jail time, according to the district attorney's office in Rockland County, New York.

Taylor pleaded guilty Thursday afternoon to sexual misconduct and soliciting a prostitute. He is expected to be sentenced March 22 to six years probation - with sex offender conditions - and ordered to pay a fine of $2,000, according to the district attorney's office.

Taylor was arrested in a Ramapo, New York, Holiday Inn room on May 6, accused of having sex with a 16-year-old Bronx runaway a few hours earlier in exchange for $300.

Taylor initially was indicted on charges of  rape in the third degree, criminal sexual acts, sexual abuse, endangering the welfare of a child and patronizing a prostitute.

Taylor was a 10-time all-pro linebacker for the New York Giants from 1981 to 1993 after earning All-American honors at the University of North Carolina. He played on two Super Bowl champion teams.