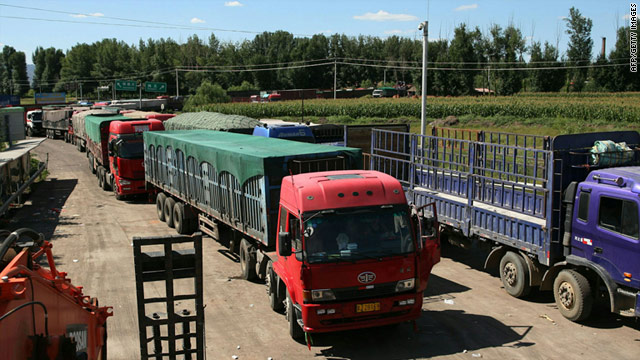 Report: Chinese man sent to prison for life over tolls gets new trial

A Chinese man has been granted a new trial after being sent to prison for life for evading hundreds of thousands of dollars in expressway tolls, China's state-run Xinhua news agency reports.

Shi Jianfeng of Henan province was convicted of fraud this week for using fake military license plates and ID to avoid paying 3.68 million yuan (US $557,000) in tolls, according to Xinhua.

He's getting a new trial because others may be involved, said Liu Penghua, director of the political department of the Pingdingshan Municipal Intermediate People's Court.

"Shi said during an inquiry Thursday night he was manipulated by a relative," Liu said, according to Xinhua.

Shi's sand and gravel trucks avoided tolls 2,362 times in a nine-month period, according to tollbooth records cited by Xinhua. The average toll each time would have been 1,558 yuan ($236), it said.