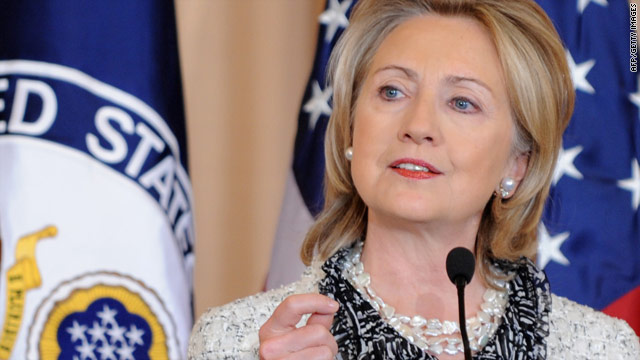 Clinton calls on China to embrace responsibilities of its rise

China must assume the responsibilities of being a 21st-century world power, rather than basing policies on its own self-interest, U.S. Secretary of State Hillary Clinton said Friday.

In a firm but optimistic speech at the State Department, Clinton praised improved ties with China, stressing the Obama administration wanted a "positive, cooperative and comprehensive" relationship.

She acknowledged the relationship is at a "critical juncture," noting many tensions remain on economic and security issues, which are certain to feature prominently when President Barack Obama hosts Chinese President Hu Jintao for a state visit in Washington next week.

"You cannot build a relationship on aspirations alone," she said, "It is up to both of us to more consistently translate positive words into effective cooperation."

While the number of children who tested positive for Covid-19 declined slightly, children made up a greater percentŌĆtwitter.com/i/web/status/1ŌĆ”Yo
cnni

8:21 pm ET September 27, 2021 RETWEET
North Korea has fired an unidentified projectile into waters off the east coast of the Korean Peninsula, accordingŌĆtwitter.com/i/web/status/1ŌĆ”TT
cnni

7:49 pm ET September 27, 2021 RETWEET
The Santa Ana winds will be increasing for Southern California this week. This could mean more fires for the southeŌĆtwitter.com/i/web/status/1ŌĆ”Ye
CNNweather

7:36 pm ET September 27, 2021 RETWEET
"While this verdict is not a turning point, it can be a galvanizing moment for those who want to join the fight toŌĆtwitter.com/i/web/status/1ŌĆ”R9
cnni