Antibody tests used to determine if people have been infected in the past with Covid-19 might be wrong up to half tŌĆtwitter.com/i/web/status/1ŌĆ”i8

Latin America has surpassed Europe and the United States in the daily number of reported Covid-19 infections, the dŌĆtwitter.com/i/web/status/1ŌĆ”Su 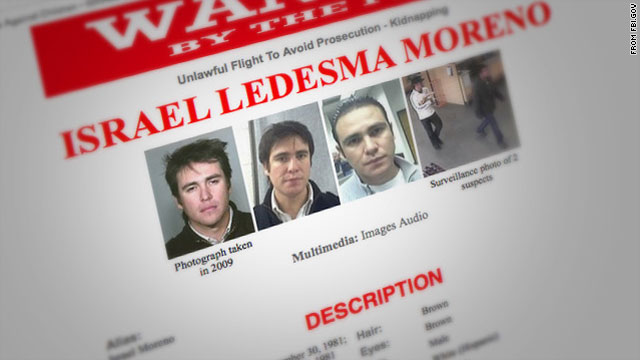 Mexican authorities have arrested a man sought in connection with the 2009 kidnapping of a 3-year-old boy from his home in San Bernardino, California.

Moreno was one of two men charged in Briant Rodriguez'┬Āabduction at gunpoint on May 3, 2009. Two armed men burst into the boy's San Bernardino home and tied up his family before taking him, a small amount of money and some items from the home, the FBI said at the time. His abduction triggered an Amber Alert and set off a nationwide search as his family pleaded for his safe return. Two weeks later, the boy was found wandering the streets of Mexicali, Mexico, malnourished and his full head of hair completely shaven. He was returned to his family in California.

A state arrest warrant was issued in San Bernardino on May 15, 2009, after Moreno and his alleged accomplice, Liberato Cardenas-Vega, were charged with kidnapping. The same day, they were charged federally with unlawful flight to avoid prosecution and an arrest warrant was issued by the United States District Court, Central District of California, according to the FBI. Cardenas-Vega was killed in a shootout in Mexico last year, the FBI said.

The style of the kidnapping drew comparisons to the work of Mexican drug cartels, but officials have not specified a motive for the abduction. No one in his family has been charged in connection with the abduction.

Moreno will be held by Mexican authorities while the United States undertakes the extradition process.

Apple is reopening 100 more US retail stores this week that it was forced to close because of the coronavirus pandeŌĆtwitter.com/i/web/status/1ŌĆ”sk
cnni

6:17 pm ET May 26, 2020 RETWEET
Retail security guards, who are mostly unarmed and don't have the authority to make arrests, are emerging as the fiŌĆtwitter.com/i/web/status/1ŌĆ”wB
cnni

5:02 pm ET May 26, 2020 RETWEET
The white woman who called police on a black man in New York's Central Park during an encounter involving her unleaŌĆtwitter.com/i/web/status/1ŌĆ”xU
cnni

4:53 pm ET May 26, 2020 RETWEET
Latin America has surpassed Europe and the US in the daily number of reported Covid-19 infections, according to theŌĆtwitter.com/i/web/status/1ŌĆ”6y
cnni