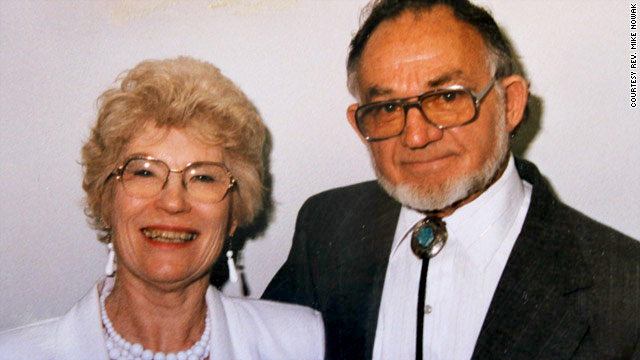 A funeral service will be held for Dorwan Stoddard at 2 p.m. (4 p.m. ET) Sunday at Calvary Chapel East in Tucson, Arizona.

When a gunman opened fire at U.S. Rep. Gabrielle Giffords' meet-and-greet January 8 outside a Tucson supermarket, witnesses said Stoddard, a retired construction worker, was trying to shield his wife, Mavy, when he was shot in the head and fell onto her. Mavy was shot three times in her legs but is expected to recover.

Stoddard's daughter Penny Wilson, who wasn't at the event, told reporters last week that her mother has confirmed the account. "He heard the shots and covered my mom with his own body and protected her and saved her. Mom definitely felt that way," Wilson said.

Another daughter, Angela Robinson, said that Mavy didn't know she was shot until she arrived at the hospital with her husband. She is still recovering in the hospital.

The couple, who were childhood sweethearts, attended Mountain Avenue Church of Christ in Tucson. Dorwan helped those in need and was a handyman for the church, the pastor told CNN affiliate KGUN.

"Didn't write any books. There are no streets named after them. There is no monument to them, but their impact in the community of Tucson will last a lifetime," the Rev. Michael Nowak  said about the Stoddards.

"They were inseparable. You saw one and you knew the other one wasn't far behind. That will be a whole other life for her, so I'm afraid it will hit her harder down the road," Nowak told KGUN.