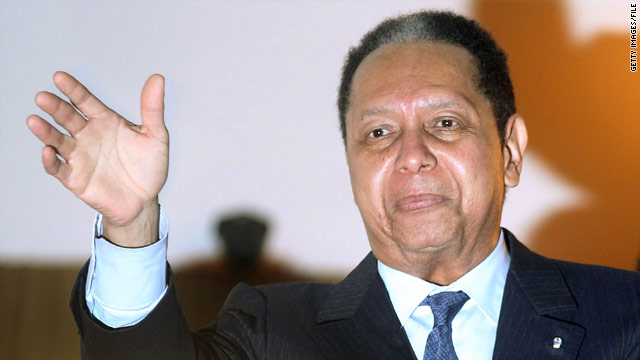 Former Haitian dictator Jean-Claude "Baby Doc" Duvalier remained huddled inside his hotel Monday, as the reasons behind his unexpected return to Haiti and what he hoped to accomplish remained unclear.

Duvalier returned to his homeland Sunday after some 25 years in exile, adding uncertainty into an already turbulent situation.

A scheduled press conference at his hotel Monday was canceled at the last minute because the hotel was not equipped to handle the crowd, and no other location could be found, Henry Robert Sterlin, a Duvalier associate, told reporters.